What are the main different kinds of knots in hand knotted rugs?

The knots in a rug are the tied yarn, usually made of wool or silk, which make up its body. In handmade rugs, each knot must be tied individually and may take two people a year’s work to finish an 8’ x 10’ sized rug. 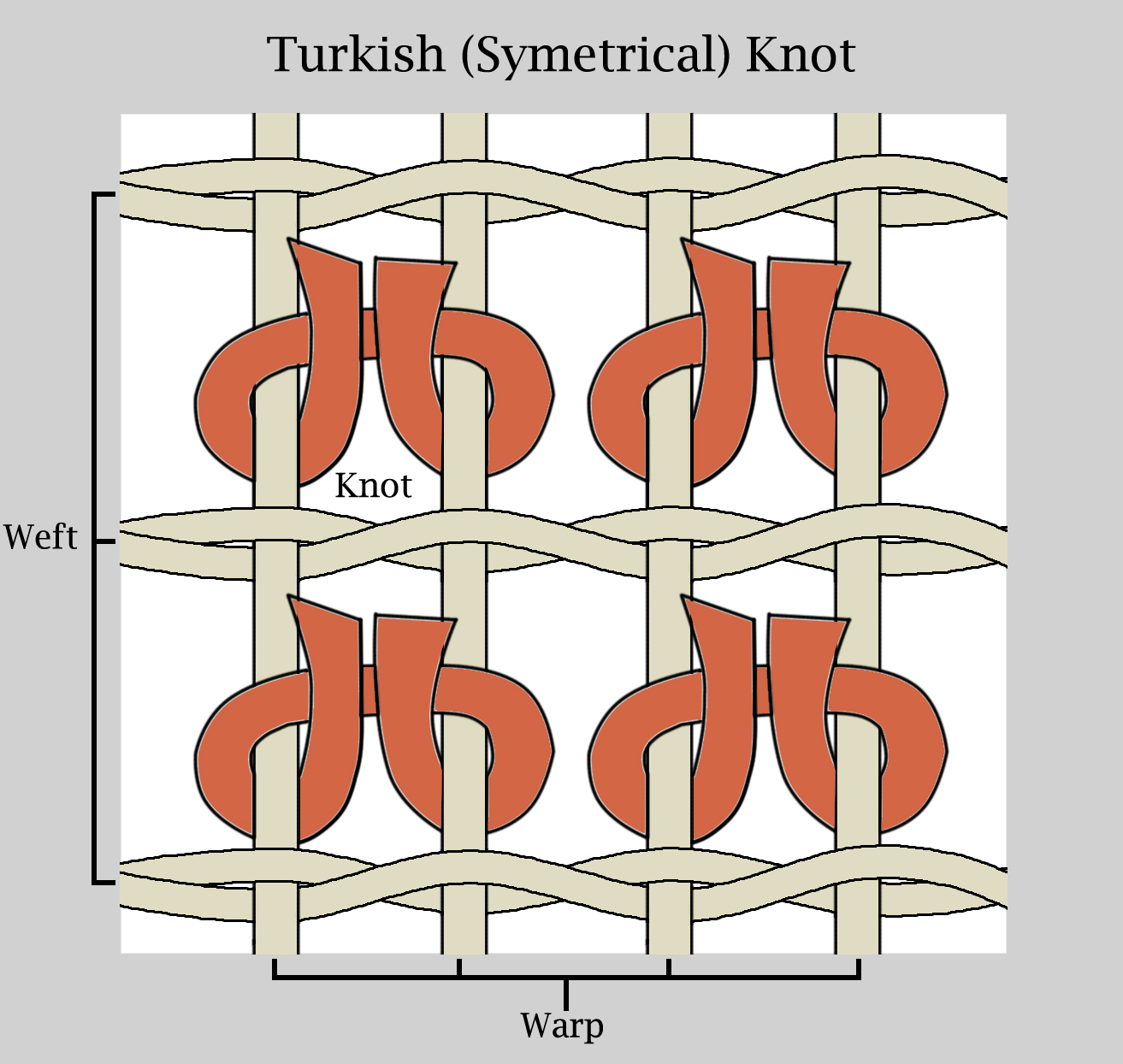 Turkish Knots – Also known as symmetric knots, Turkish knots are tied over two warp threads and pulled through the middle leaving it closed on either end. 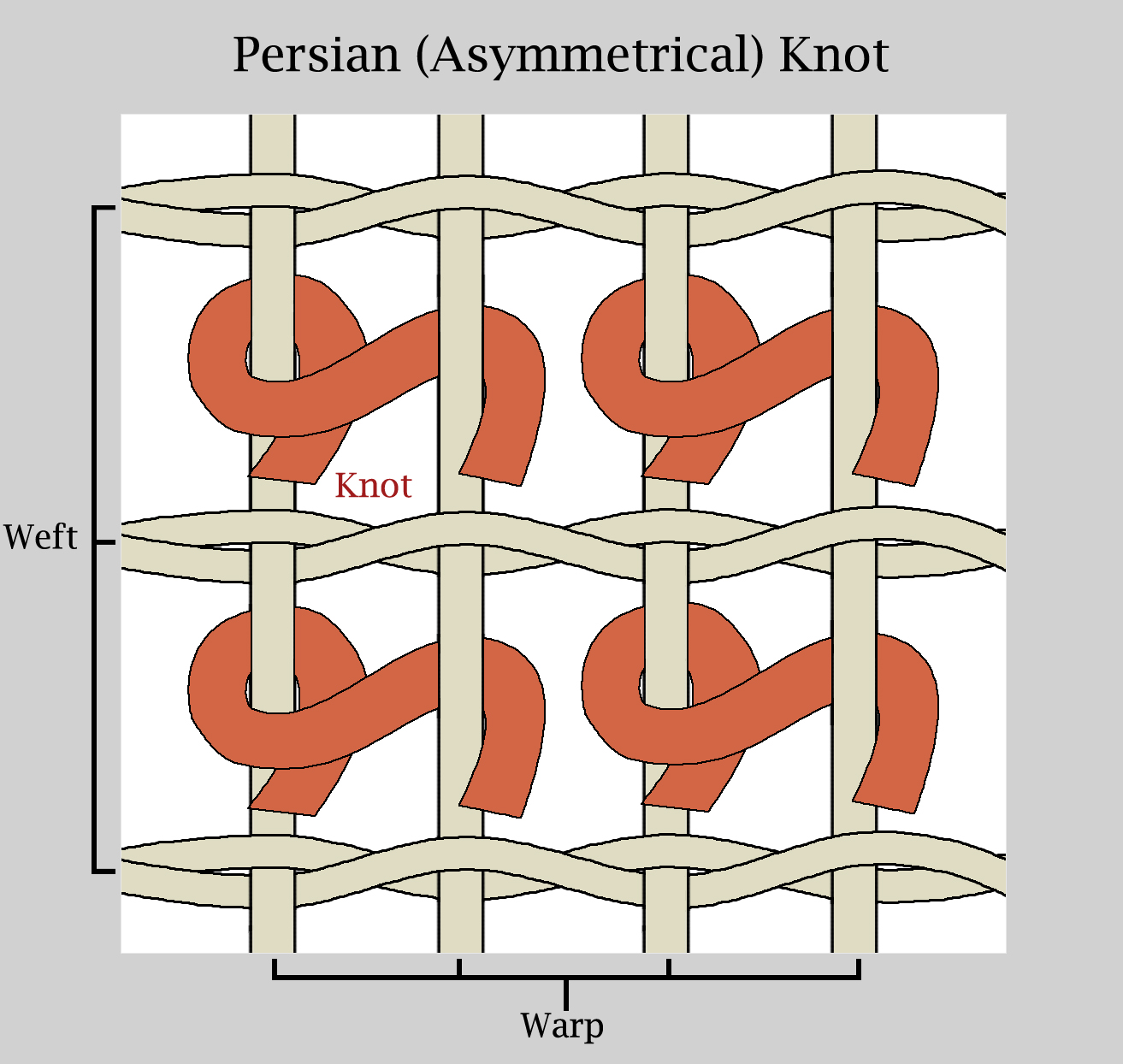 Persian Knots – Persian knots are also known as asymmetric knots because, unlike Turkish knots, they will be open on either the left or right side.

Tibetan Knots -  Tibetan knots are tied over two warp threads using a rod, usually made from bamboo. When the row is finished the loops are cut and the rod removed, leaving the rug with the flat knotted appearance.